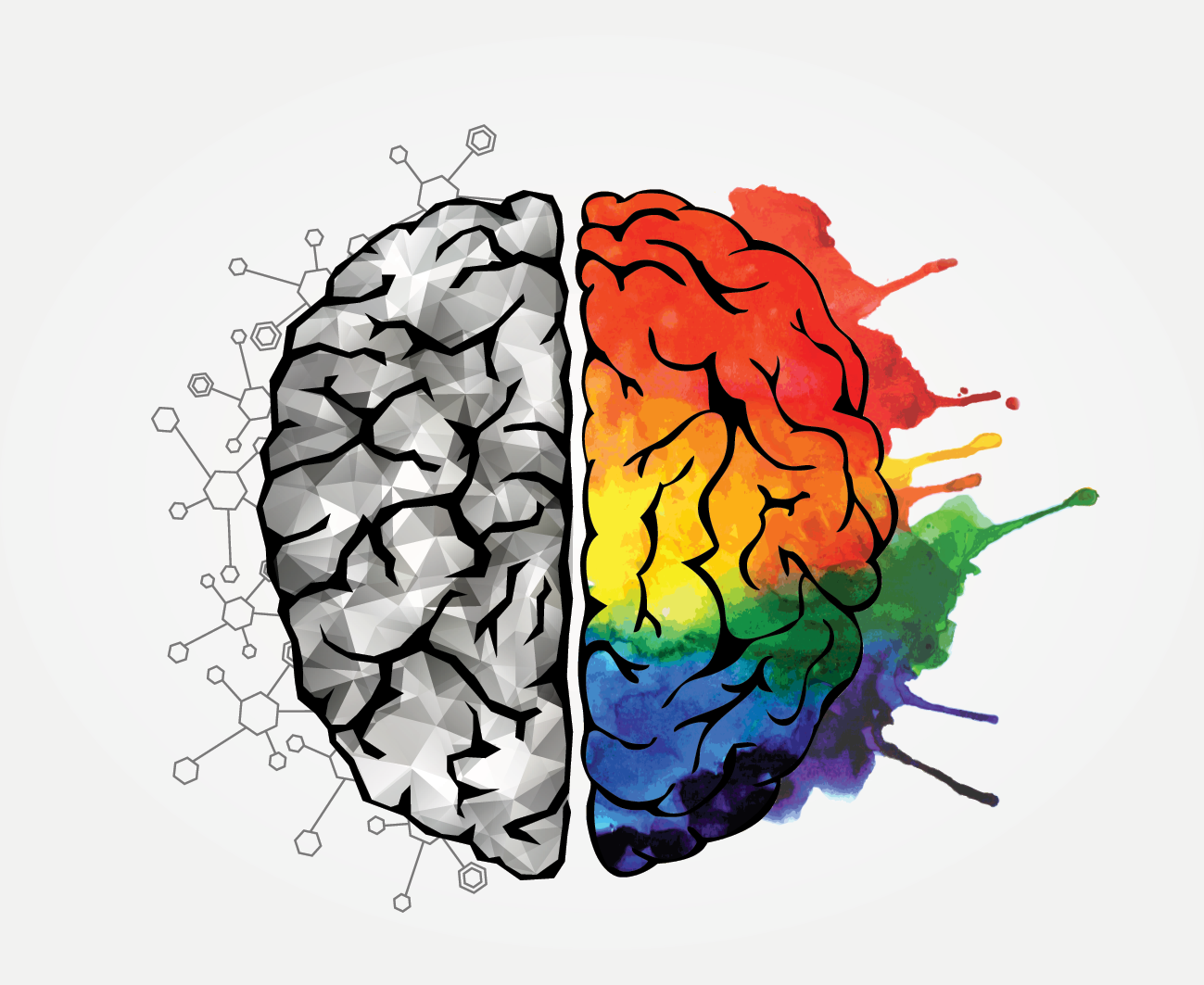 Like on every other Monday morning, I scrambled to put on my jacket and dashed out of the house with the hope of making it to lecture on time. I’ve gotten used to facing Toronto’s morning rush every day, but the sudden gush of cold wind took me by surprise. I don’t think that I will ever be able to get used to the winter here.

Some days my half-asleep state make the 15-minute walk to campus feel like an eternity, and today I couldn’t help but wonder why I even got out of bed at all. My gaze wandered around the street in attempt to find assurance, and it landed at the sight of a sign across the road that read ‘Centre for Addiction and Mental Health’. I stared at it momentarily before letting out a sigh. CAMH is both a center for research and a hospital where individuals that struggle with their mental health can receive treatment. It’s also where some of Canada’s best psychiatrists, psychologists and researchers come in every day for work. I get childishly excited whenever I envision myself working amongst them one day.

It’s true that I am inspired by my ambitions, but when someone asks me about why I decided to study psychology, it is not my aspirations that come to mind, but it is a deeply engrained memory from back home in Cyprus. The memory dates back to three years ago when a couple of friends and I decided to meet up for a cup of coffee. I happened to carry a book with me that day, an autobiography by Elyn Saks called the The Center Cannot Hold. It is still by far one of my favorite books, and what makes it so special is not only the fact that it is the life story of a young woman who became an accomplished professor, but also because it is an incredibly vivid and poignant account of her experiences with schizophrenia.

As we all got seated, I eagerly took the book out from my handbag and begun sharing its story. Within a few seconds, one of my friends nonchalantly stepped in: “So basically she went to university and became crazy in the process. I’m so stressed right now I’ll probably go mental myself!”.

The bluntness of her voice and the sheer thoughtlessness of her words blindsided me. I was utterly disappointed.

These words were spoken by a cherished friend, one who had been nothing but kind and sympathetic until that day. How could she bring herself to reduce another person’s struggle with no regard for the pain that must have been endured? Over time, I learned that such things are usually said due to ignorance rather than bad intension. Perhaps when she was a child, my friend was taught to be respectful and considerate towards people with physical disabilities, but nobody had taught her to offer the same kind of respect towards those that struggle with their mental health.

We Have No Crazy People Here

Since that day, the sheer ignorance that I have observed in Cyprus regarding mental health has caused me a lot of discomfort. Like in any other country, a portion of our population is currently living with a mental health condition. Mental health problems could affect any one of us, and in fact, many of us are either personally affected or have a loved one that is struggling. Then why is mental health a subject that is so difficult to talk about? In my observation, the primary reason for this is because it has been deemed an inappropriate topic of conversation. Mental illnesses are shunned and kept secret within families, as if to say, “no one must know of this, there are no crazy people here in our family…”.

The word ‘crazy’ or ‘mad’ are words that we (including myself) use causally and frequently in every day conversation, but what doesn’t really occur to us is how these words can be so derogatory and hurtful to some people, weighing heavy in the minds of those that face mental health stigmatization every day.

I am not trying to elicit guilt and nor am I implying that these words are used maliciously. Instead, the purpose of touching upon this topic is to bring to your attention our lack of conscientiousness as a society regarding mental health. Without awareness we succumb to pluralistic ignorance, and ignorance is the foundation of a narrowminded and prejudiced society. An individual who feels the social pressure of having to hide their own or a loved one’s mental health issues finds it difficult to express their needs and struggles, which ultimately prevents them from receiving sufficient help to mediate their health. This is one of the reasons for why people that use mental health institution services are reluctant to voice their complaints and it is also why we have very little information about the state of these institutions.

Public institutions are inevitably vulnerable to corruption when they are run by a disengaged society. An individual who works in an organization that is not valued by its society will not feel dutiful towards his or her responsibilities. This situation is especially prominent when a government-run organization is not receiving sufficient monetary and managerial support. At this point in time, since I have not yet collected any empirical data, I did not find it appropriate to elaborate on the alarmingly problematic state of our country’s public mental health institution and the overall system. Regardless, one only needs to pay a brief visit to the institution to grasp an idea of the evident problems that persist.

I witnessed numerous instances of prejudiced behavior against mental illness during my high school years, and my initial judgement was that these actions represented inherent unkindness. Over time I grew to understand that the root of prejudice not hatred, but that it was the lack of knowledge on what mental illness really is. With this realization I felt a surge of hope- hope that perhaps this situation could be ameliorated, and that I could play a part in the process…

What are Mental Illnesses?

Mental illness or disorders are dysfunctions in human behavior and/or cognition that could be temporary or permanent in nature. According to the 5th edition of the Diagnostic and Statistical Manual, there are 265 different mental disorders, and common attributes for all are the ways in which they reduce the quality of life of the individual and influence physical health as well as relationships. There are various factors that could lead to mental illness, including but not limited to genetics, trauma, addiction, damage to the nervous system due to an accident or degeneration and prenatal complications. Symptoms of different illnesses can be comorbid and multifactorial. Schizophrenia happens to be one of the most complex mental illnesses known to medicine, and it is characterized by a loss of touch with reality, whereby the individual experiences delusions, visual and/or auditory hallucinations, disconnected speech and social withdrawal. Intriguingly, schizophrenia affects approximately 1% of the global population and can surface in young adults who had seemingly normal childhoods. Ongoing research is investigating the causation of the illness, and although there is still a long way to go before a solid conclusion can be made, genetics and stress are a couple factors known to be involved. A combination of antipsychotic drugs, therapy, and a safe and peaceful environment can help an individual diagnosed with schizophrenia cope with symptoms of their illness and lead a fulfilling life.

Unfortunately, schizophrenia is often misunderstood and unfairly scrutinized. A person living with schizophrenia that was born into an ignorant environment is often blamed for his or her illness, isolated and practically dehumanized. Little do we know how schizophrenia is quite literally a living nightmare, and the ‘bizarre’ behaviors brought by psychotic episodes are merely the repercussion of the excruciating pain and fear that the person in experiencing within his or her own mind.

The topic of mental health can be intimidating, and one may wonder about how we will even begin improving the social environment regarding the subject matter. Well, I have a simple suggestion… Start talking about your own experiences. All of us have a story to tell, either from ourselves or from our observations. Mental health influences us all, but the reluctance to share our experiences reinforces isolation as we remain unaware of the way in which many others are also in the same situation as ourselves. Isolation gives rise to self-blame, which stops us from accepting our circumstances and moving forward. Sharing our stories is how we can lend each other the support that we need and how we can contribute to the process of raising awareness in our society. I aspire to be a part of this initiative, and hope that I have been successful in conveying my support too…