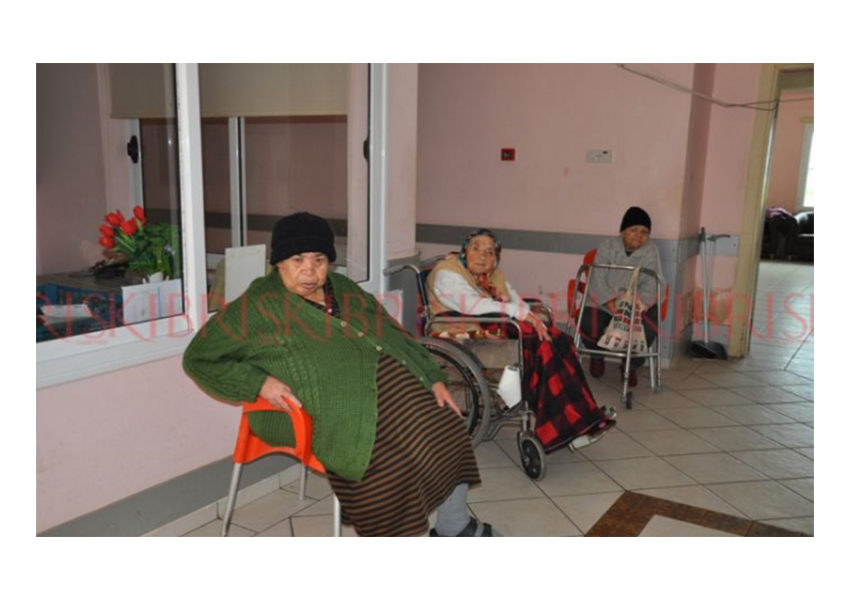 Speaking to Kıbrıs newspaper, Hatice Jenkins, Chairperson of the Association of Elderly Rights and Mental Health, said that she worked with 5 Labour Ministers in 3 years, and noted that they could not move forward due to political instability, and that they returned to the beginning due to the different opinions of each minister. Expressing that they are working on laws related to nursing homes for the elderly, and that these laws are important both for the rights of the elderly and for investment in this area, Jenkins said that these laws were disrupted due to instability, and that they hope the newly established government to stay in power for a long time and carry out stable works.
“The nursing home buildings are not suitable for the elderly,” she said, adding that they want a project to be prepared within the scope of nursing homes for the elderly, and that neither the private sector nor the state has a building that is purposely built for a nursing home.

The only building built as a nursing home, Jenkins said, is the Sınırüstü Public Foundation Elderly Care Home, the building of which has come to the point of collapse due to 12 years of neglect.
She expressed that they wish for the government and private individuals to enter this sector and take nursing homes seriously, and build buildings suitable for the elderly, as the current buildings are not suitable. Jenkins pointed out that there are problems in terms of equipment as well as infrastructure in nursing homes for the elderly, and said that there are not enough qualified personnel to care for elderly individuals. Pointing out that the current caregivers of the elderly are not educated, Jenkins emphasized that there are many caregivers who take care of the elderly people and that some of them cannot speak the same language as the elderly individuals.

The fees of nursing homes can vary according to the situation of elderly individuals, she said, adding, “Instead of leaving someone without money on the street, nursing homes provide care for half the price, but some do not. Today, the minimum wage is what a nursing home should charge for each individual, in other words it is around 6,000-7,000TL. But there are those which provide care for 3,000-4,000TL. Because this is how much these individuals receive from the social assistance provided by the state.”
Stating that there are 2 state-owned nursing homes, Jenkins noted that their legal basis, budget and infrastructure should be prepared, and only then can good care be given. Expressing that they want a development in this regard, Jenkins stated that they want the Turkish Embassy to help, or investors from Turkey which open  5-star hotels here to  instead invest in nursing homes for the elderly.

“This creates a big problem. Although the problems in Kalkanlı Nursing Home are tried to be solved, these problems do not end because this nursing home was taken under the wrong ministry. It should have been under the Ministry of Labour, not the Ministry of Health. We will address this situation in the law,” she said.
“We can’t move forward due to the political instability in the country.”

Jenkins said, “I sit and pray for the same ministers to come out of the lottery so that we can pick up where we left off and not start over. We are trying to work with this political instability, to make laws. Different people have different opinions. We can’t move forward because we start from scratch every time the minister changes. We now expect the new government to stay in power for a long time and carry out stable policies,” she said.
Pointing out that due to political instability, laws could not be made, institutions could not be developed, they had a lot of work waiting, Jenkins emphasized that they are not a state but a non-governmental organization; they have their own jobs and families, although they work day and night, but political instability demotivates them.
“Instability also hits the law.”
Underlining that due to instability, legislative work has been effected, Jenkins said that they are working on the “Hospitals and Nursing Homes Law” and said that buildings, standards and inspections must be done according to law, adding, “If there is no law, how will these places be inspected?”

Noting that the law is responsible for inspecting a place and imposing punishment on responsible persons, Jenkins said that only warnings can be given to problematic places, but these warnings have no deterrent, and the system continues to operate in the same way. Jenkins expressed that a nursing home can neither be closed nor improved unless there are laws, reiterating that therefore laws are of great importance. Pointing out that private investments cannot be made in a place where there is no law, Jenkins emphasized that an elderly nursing home costs 3-4 million dollars and that no one will want to invest in an area without a law.