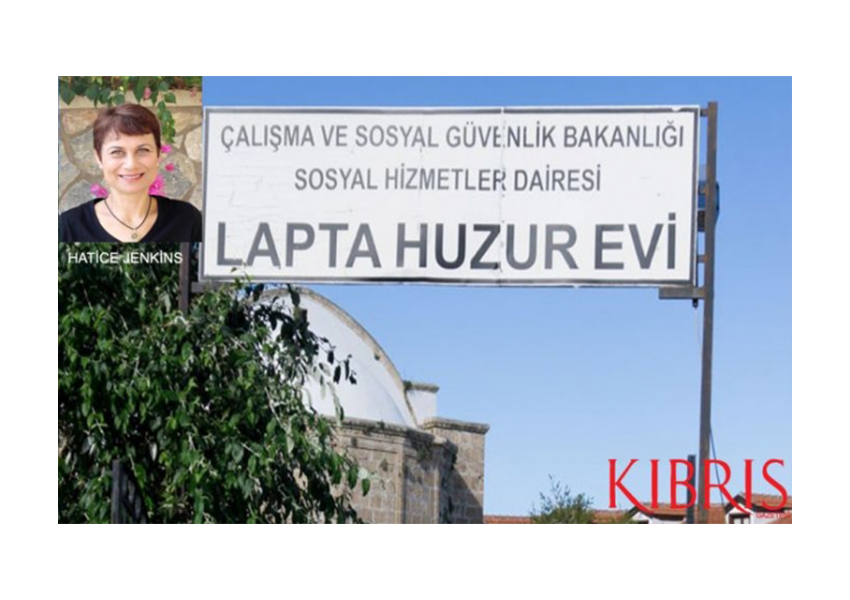 For 11 years, no new building has been built on the land at the former premises of the Lapta Nursing Home, which closed in 2011 after it was in danger of collapse and contained asbestos.
After the closure of the building, the government rented a building –  a former monastery that later became Ayia Anastasia Hotel –  from a private person by the Foundations Administration to use it as a nursing home. For this rental, the state pays a monthly rent of 5 thousand pounds plus VAT. In other words, during this period, the state paid over £600,000 for the building to be used as a nursing home, and continues to do so. According to the information obtained from reliable sources by Kıbrıs Newspaper; foundation properties cannot be rented by the lessee, but the tenant has the right to rent because he has invested in it.

Speaking to Kıbrıs Newspaper, Association of Elderly Rights and Mental Health Chairperson Prof. Dr. Hatice Jenkins said that with this money paid for the rent, Lapta Nursing Home could have been built so far, but unfortunately this nursing home could not be built in 11 years due to constant changes in government and ministers.

Jenkins stated that they had discussed this issue with the Minister of Labour the previous day and building the Lapta Nursing Home was among the Minister’s priorities.
“I hope the necessary resources are found and a nursing home is built,” said Hatice Jenkins, adding that after the Public Foundation Elderly Nursing Home in Sınırüstü, they were waiting for the turn to come to Lapta Nursing Home.
“There should be a nursing home for the elderly in every region,” she said, so that the elderly are not too far from their homes and that their relatives can visit them whenever they want.

“Currently, 12,000TL is needed for home care of an elderly person. This is a very difficult situation for poor families. On the other hand, our elderly population is increasing day by day. The elderly population has increased from 9% to 12.5%” she said.
A report was prepared on the subject in 2019. In the Situation Detection Report for Nursing Homes for the Elderly, prepared under a EU funded project, the problems in Lapta Nursing Home were listed as follows: “The first and only nursing home in Northern Cyprus was opened by the state in Lapta in 1976. After 1974, the building, which was placed under the administration of the state and located on a large land by the sea, was converted into a nursing home. However, this very old building was in danger of being demolished after it was converted into a nursing home, since the necessary maintenance and repairs were not carried out for years.”

In 2009, the government announced to the press that it had allocated a budget and started to develop a project to build a new nursing home on the same land. But after this announcement, there was no development. In 2011, this nursing home was closed on the grounds that it both contained asbestos and was in danger of collapsing after the flood. Since the government did not build the new nursing home it had promised in 2009, the state had to rent another building in Lapta to accommodate the elderly. This building is the Ayia Anastasia Hotel in Lapta, which was converted from an old monastery on the top of the mountains into a hotel.

“This place, which was rented temporarily at first, has been used as a nursing home for the last 8 years, since the state did not build a nursing home. It is revealed from the media reports that when the elderly were brought to a monastery at the top of the mountain from their old place by the sea, they had problems adapting for a long time. The ownership of Ayia Anastasia, which was used as a Lapta Nursing Home, passed to the Foundations Administration after 1974. However, the Foundations Administration rented this place to a private person for a very small amount of rent for a long time, and this private person later rented Ayia Anastasia back to the state for a very high price of £5,000 per month. Since 2009, that is for exactly 10 years, the new nursing home building, which was promised to the public in every government period, could not go beyond the project, so the elderly people who were temporarily placed in Ayia Anastasia Hotel are still staying in the same place today and the state continues to pay £5,000 per month to this place. If we calculate the total rental cost since 2011, approximately half a million pounds have been paid by the state to a private individual so far. With this rent from the state budget, a nursing home could have been built until now.”