This project was supported by the Grow Civic Program funded by the European Union.

Although the elderly population in Northern Cyprus has increased rapidly in the last two decades, there has been no improvement in elderly care services. The number of elderly people cared for in 7 nursing homes, two in the public sector and 5 in the private sector, varies between 175-200. This number is not enough for the people of Northern Cyprus, whose population is around 30,000, over 65.
The Elderly Rights and Mental Health Association has surveyed to reveal the preferences of families living in Northern Cyprus regarding elderly care and the problems they experience while having their elderly people cared for in the current system. 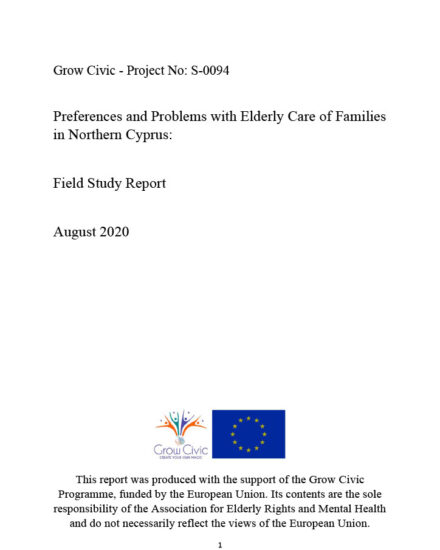